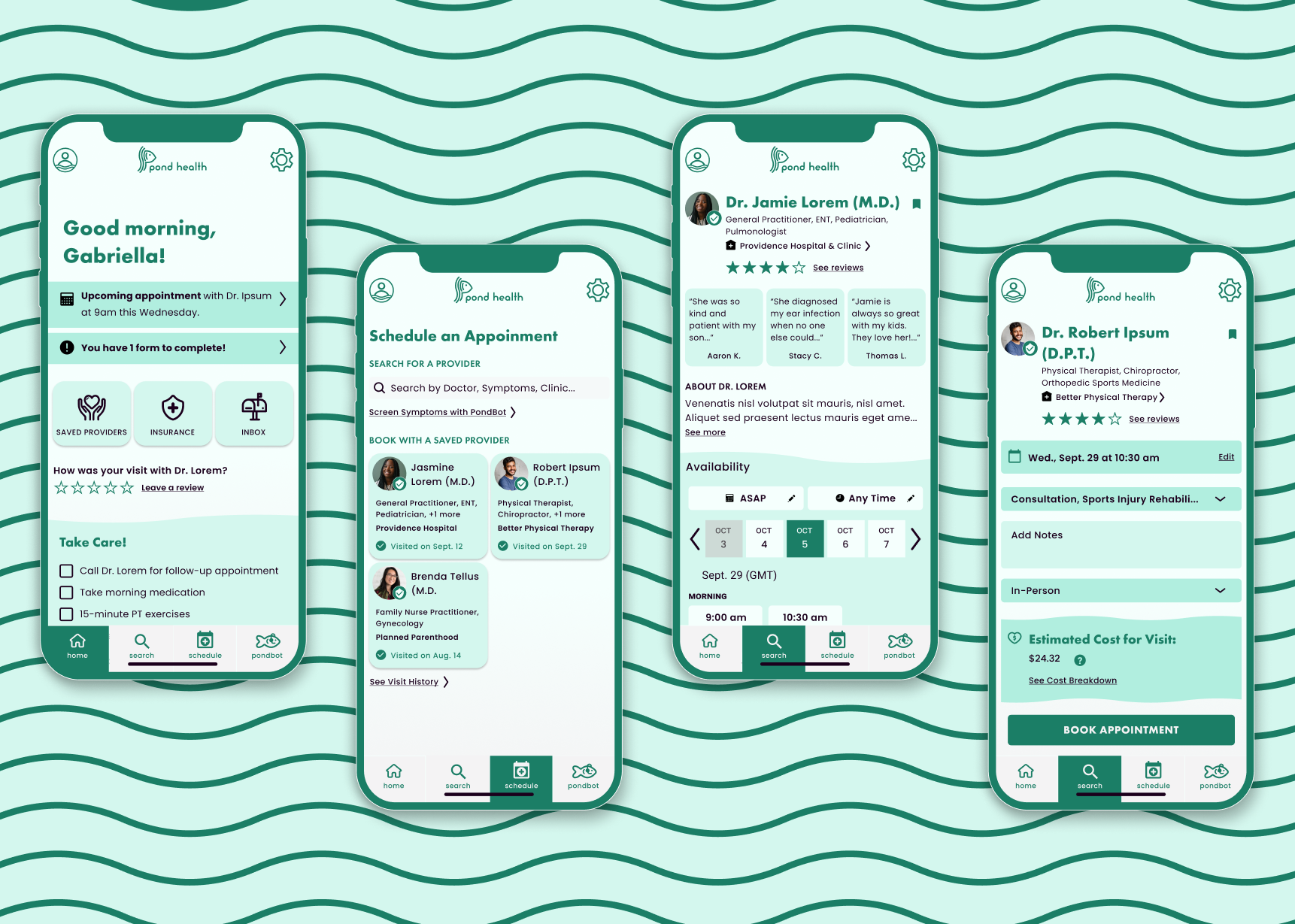 Pond Health aims to ease patients' painpoints throughout their experience accessing healthcare. The app helps patients search for providers and schedule appointments seemlessly. The design also address the lack of transparency around insurance and cost of care. The app's PondBot feature offers guidance in understanding both their insurance and cost of care, as well as any symptoms or medical questions that may have. The app’s communication platform allows patients to receive and submit intake forms and transfer information to new providers. PondHealth seeks to eliminate the stress of patient access.

Pond Health is a new product designed from the ground up. I was tasked with product design as well as branding, logo, and UI design. I started my approach with secondary research into the healthcare industry and the patient experience. Then composed a competitive analysis of other products addressing patient access painpoints. Finally I conducted my own primary research surveying patients.

Using my data, I began designing an app that would address the uncovered problems. Many of the painpoints involved insurance transparency, scheduling issues, and the process of transferring patient information. My goal became to ensure transparency, simplicity, and ease.

I designed Pond Health with the intention to grow my skills designing more intricate design systems with more demand on functionality and usability. Designing for healthcare absolutely expanded my understanding of the industry and all its complexities, from insurance to patient-doctor interactions.

The initial phases of designing Pond Health highlighted the importance of conducting thorough research to identify a problem and design a solution. There are plenty of software and apps existing that aim to address patient health, but many of them are exclusive and limiting, and very few address patient anxiety around insurance and scheduling.

My design tackles several pain points within the patient access process. Addressing all of these issues pushed my design skills and demanded that I pay close attention to information architecture, user wayfinding and functionality. My usability testing and user feedback offered me important insight to avoid overwhelming users with too many features and helped me learn how to integrate these features in a simple and usable way. 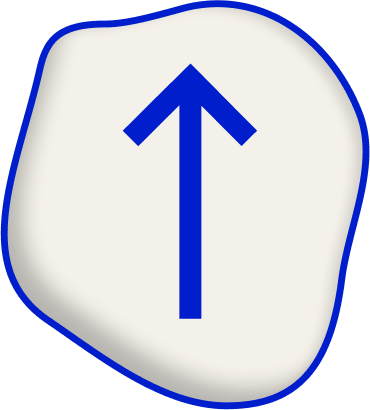 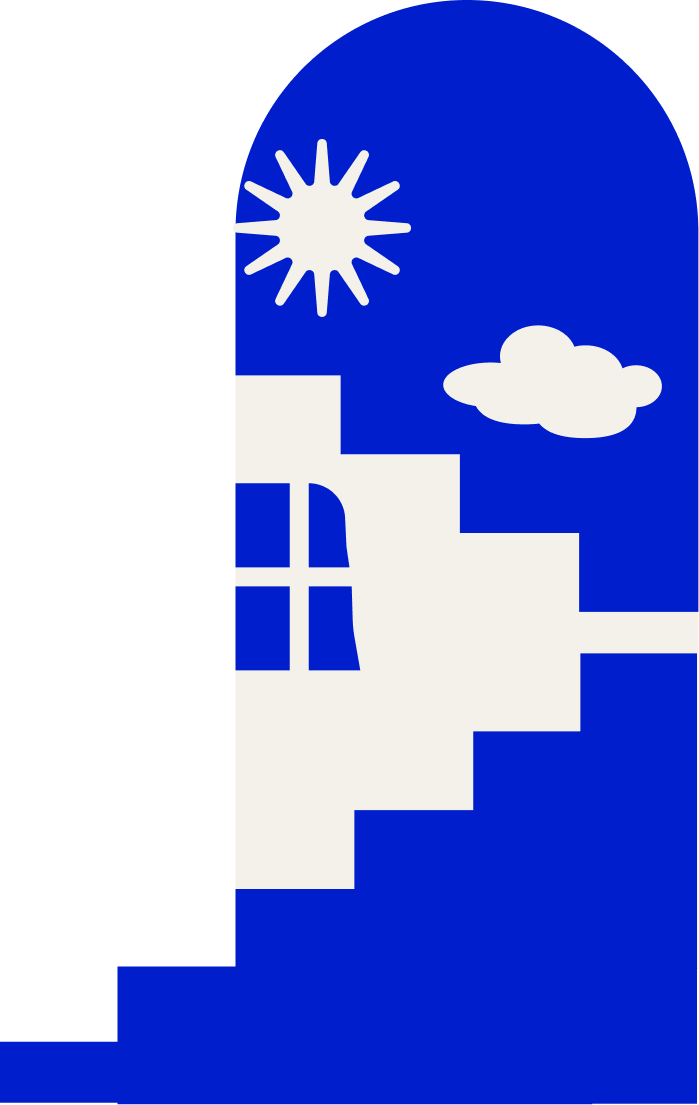 that way
this way
that way